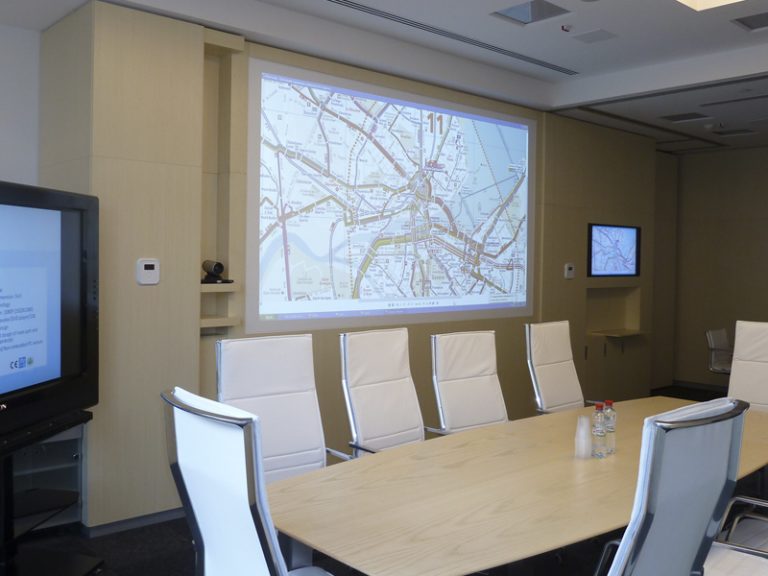 Distribution and management of audio and video information.

Considering automatization for big projects we need a central point of dispatching and control. The “Ukraina” Hotel is a good example. The whole building is equipped with Crestron, which controls illumination, climate, drivers, audio and video equipment in the rooms. There is the central control point on the one of the floors where monitoring of every room of the hotel is done as well as the control of electric power consumption, getting information whether a room is occupied or not and other parameters. The central control point also helps to provide maintenance of the system, tracking errors and correcting them.

One of the buildings of The Moscow City is fully operated by Crestron with a central point of dispatching. Television studio, video signal distribution system. Video conference from the center to the remote parts of the network.

Crestron programmer of AntonLoginov.PRO project will implement Crestron programming according to your personal technical specifications and sample of individual user interface (UI).